Today is the nadir of the year. After today, the sun starts coming back, ever so slowly.

Although the sun has been sticking to its script, the weather has not. I saw on the news last night that this December has been about 11 degrees warmer than usual, on average. As I’ve been saying, I haven’t gotten totally sucked into Christmas this year, not like last year, and it’s mostly been a relief. I really think the warm weather has been a factor. I read an article a while back that explained how global warming will eventually push people to move north. So places like Canada will have an influx of people. Canada will be as warm as New Jersey is now, or warmer, but in the winter, the days will be short, and all these people will be hot, uncomfortable, suffering from seasonal affective disorder, and consequently angry. I felt like I had a glimpse of that this month. I wake up in the dark, the hours of sunlight are brief, and the sun tracks so low in the sky that all us parents are squinting and shading our eyes when we gather outside the school at 3 pm. Yet I’m walking around in short sleeves. It doesn’t make me angry, but it’s definitely weird.

It’s almost worth it, though, to not have to buy oil this month. As far back as I can remember, we would get one oil delivery in October and then one right before Christmas. Not this year.

Two Sundays ago, it was so warm that I was out in the garden, pulling out the old roots of the corn and generally clearing out and prepping the two big raised beds. The younger kids and I also raked leaves. It felt great! I can’t wait for next year. I really need to get an indoor herb garden going.

I made vast strides last week in getting ready for Christmas. Packages arrived every day and most of that stuff has been wrapped. I went to the mall on Thursday, foolishly hoping that the heavy rain would keep other people away. Not so! But it was fun, and I had some gifting brainstorms and found some good deals. Oh, the Cherry Hill Mall… lots of memories there. The cosmetics section of Macy’s is one big olfactory memory of my grandmother. Macy’s was also the scene of many of her “check my tag” moments. (Inside joke.)

I felt a little guilty for not patronizing downtown, and so I resolved to get there over the weekend to pickup gifts X and Y, which I could have easily gotten from a chain at the mall. But the other gifts pretty much had to be new and can’t be found downtown.

Overall, although I haven’t bought anything used, I’ve kept myself in check and kept the gifts limited and targeted. I also have some “experience” gifts lined up. I have not sat down and done any totals though, so who knows.

Friday, I baked. Pumpkin bread and gingersnaps. All the teachers are getting bread. I ran out of frozen pumpkin so I roasted two more. Saturday morning, I switched to banana bread and used up all my frozen bananas. Last night, I knocked out two more loaves of pumpkin bread with that roasted pumpkin. One loaf left to do! They all seemed to turn out well. Between the cookies and the breads I should have the six teachers, secretary, principal and crossing guard covered. I may have to make some more cookies. I also am giving them the Bath and Body Works stuff I bought last Christmas night. 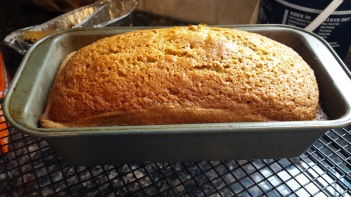 Speaking of buying gifts ahead of time, last night I found all the books I bought on clearance at Barnes and Noble over the summer, stashed in my closet. Had completely forgotten about them. There were three for my kids and one for my friend’s daughter… who I had already seen the day before. Whoops.

So the gifts and the Christmas Eve menu are pretty under control. I wrote out a giant list/timeline this morning for the next four days, to try to make myself really feel like things are under control. I’ve had two instances so far where I realized that I completely forgot to get a gift for somebody, so that is not promising.

But let’s talk about the fun stuff. Friday afternoon, I moved a bookshelf from the playroom to the living room to fill the space where I would have liked to have put a second tree, but didn’t want to spend the money. My younger son and I had a good time decorating it. Kid can’t get enough of decorating; it’s all he wants to do. 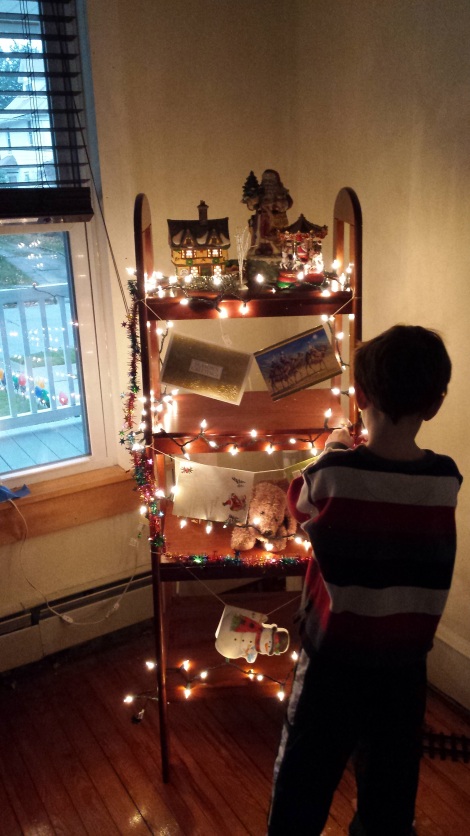 Oh and here is my Pinterest creation for the season, by the way. Twigs with lights and buckets. I think I was supposed to add ribbon, but never did. I like them, but of course when Clark McGriswold is out there putting up blow-up Angry Birds, classy decorating is a lost cause. 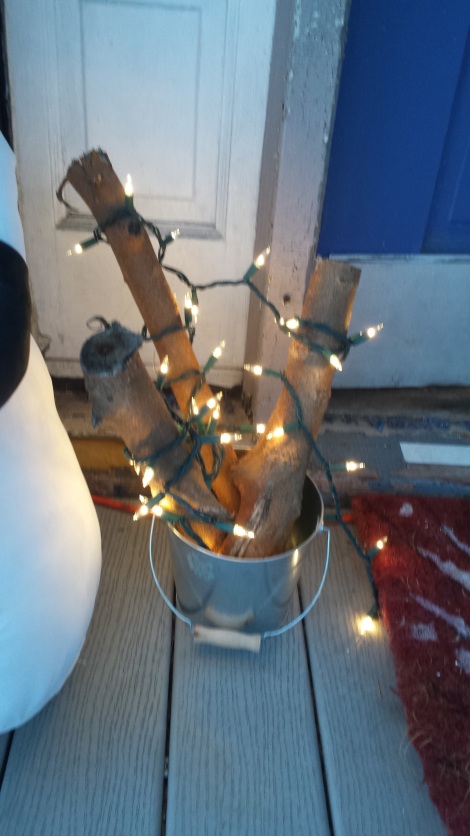 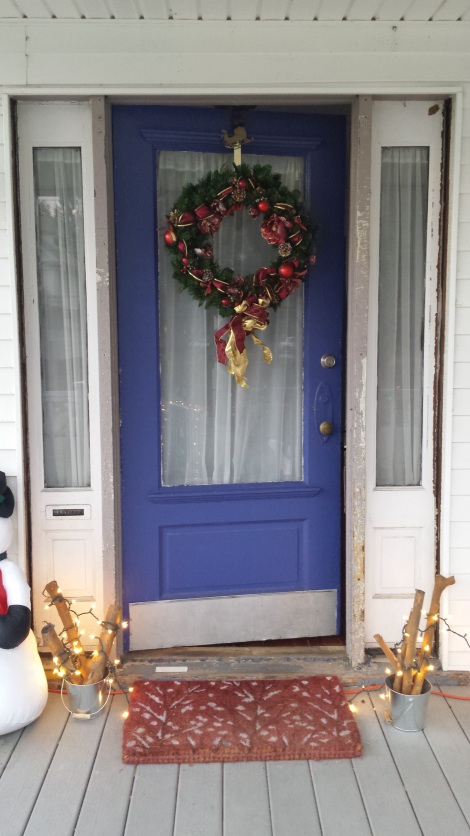 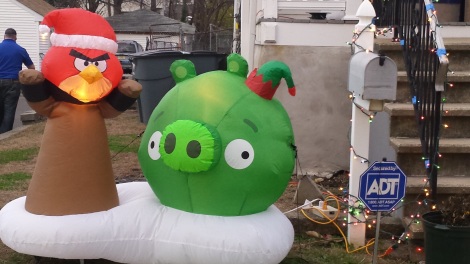 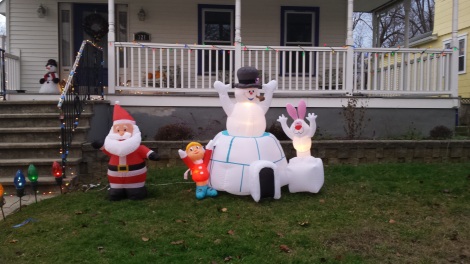 Saturday I took the kids to see The Nutcracker, with my mom. We only made it through the first half, but it was fun. The younger two have been talking about it a lot since: my younger son has been showing me some ballet moves, and they both want to read our paperback version of the story at night now. Saturday night, we went to my best friend’s mom’s annual Christmas party, which was a good time. Sunday was the best: out to brunch with my four favorite ladies, and shopping afterward in a neighboring downtown. I wish I could have stayed out with them all day! Really happy that we got to do that because I thought for sure that illness or a freak snowstorm would mess up our plans.

Throughout the weekend, there were some low-key moments worth remembering. Watching the eminently ridiculous “New Japan Pro Wrestling” on Friday night with my oldest. Some downtime before the Saturday night party, spent coloring and drinking hot chocolate. A couple times where my daughter asked me to play with her and I just said “okay” and put all the stuff I had to do out of my mind. Last night, when she stayed up late because she had a nap in the afternoon, and ended up falling asleep on me on the couch, TV off, Christmas tree glowing.

Going to try to keep the mellow feeling going even as I jump back into my crazy timeline.