So as I mentioned in my coupon post, we had a snow day today but not nearly as much snow as was predicted. It was probably the most calm snow day we have had so far. For starters, I slept in til 8:15, which was glorious. (Thanks, husband.) After that, it was a fun day of experimentation:

I helped my older son experiment with the ant farm he got for his birthday. This is not your grandmother’s ant farm: 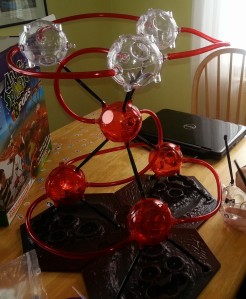 We don’t have any ants for it yet, but he just wanted to test out the structure.

At the same time, I was working on homemade dishwasher tabs. The recipe I used can be found here. The tabs are drying right now, so I will have to wait til tomorrow to try them out. It was a fizzy, fun, easy process, so I hope they work. Ingredients: baking soda, washing soda, kosher salt, and unsweetened lemonade mix (I used Kool-Aid). 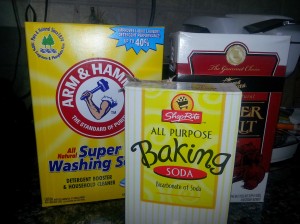 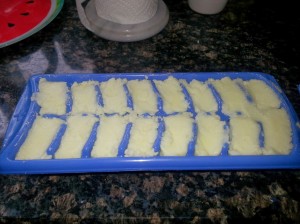 The mixture was kind of sherberty.

Finally, it wouldn’t be a snow day if I didn’t bake. I flipped through my Martha Stewart Cookies book and was smitten with several of the chocolate cookie recipes, but I didn’t have any cocoa powder. I settled for snickerdoodles. They turned out nicely, and four out of five McGuires gave them a thumbs-up. 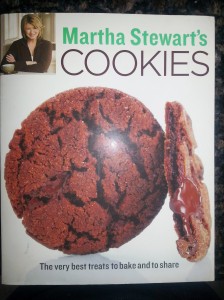 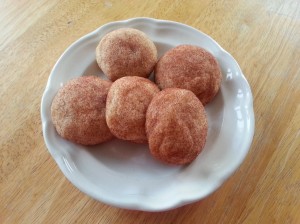 Dinner was the new fish nuggets I got at Whole Foods, mac n cheese, and steamed broccoli. The boys turned their noses up at the fish. “They are so cute!” I kept imploring, because they were: small, chunky star- and fish-shaped pieces. My husband said they were the best he ever had. Nope, nothing doing.

Oh and one more thing: over the weekend I discovered another Goodwill that is close to me as well as a Goodwill Outlet store! I don’t even know what that is, exactly, but I’m excited about it.